Home Fashion Heres Why You Should Stay Away From Under Armour Stock
Fashion
June 19, 2020

Heres Why You Should Stay Away From Under Armour Stock

Investors in Under Armour (NYSE:UA) (NYSE:UAA) have had quite the roller coaster ride over the years. After going public in Nov. 2005, the stock skyrocketed 17-fold over the next decade, only to lose more than 80% of its value since then. The once high-flying athletic apparel company continues to face difficult challenges, all of which center around its diminishing brand presence.

As of Dec. 31, 2019, close to 90% of Under Armour’s company-owned stores in North America consisted of outlet locations. The company relies on its network of these factory house stores to sell excess, discontinued, and out-of-season products, a strategy that has had a negative effect on its brand value. Furthermore, trouble at the company’s wholesale partners has also been an issue. In 2018, Dick’s Sporting Goods CEO Edward Stack blamed disappointing holiday sales primarily on Under Armour’s expanded distribution and promotional strategy.

This has led to a falling of the brand’s relevance with teenagers in the United States, a potentially very lucrative demographic as they can be lifelong customers. According to Piper Sandler‘s 39th semiannual “Taking Stock With Teens” survey (released on April 8th, 2020), Under Armour held the top spot in the “brands no longer worn” category for teenage upper-income males for the fourth consecutive time. Once this sentiment shifts in the wrong direction, it’s extremely difficult to reverse course. 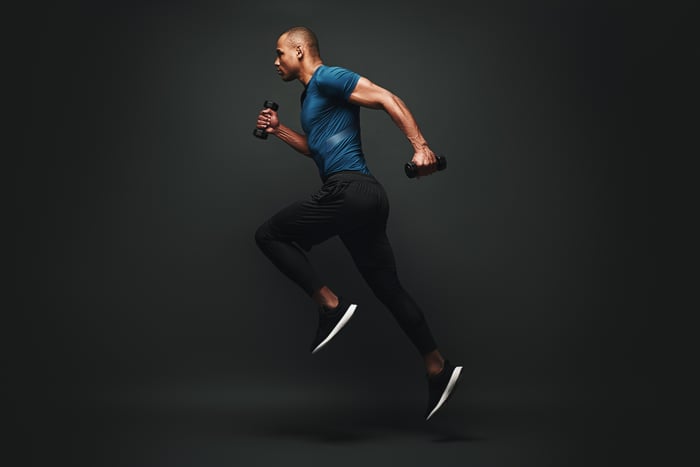 During the first quarter of 2020, revenue generated from apparel accounted for 64% of the top line. Compare this to Nike, whose apparel sales amounted to just 31% of total revenue in the quarter ended Feb. 29, 2020. I point this out, because making apparel is an easier business to start, requiring less technical expertise and having lower barriers to entry as opposed to footwear. Whereas Nike’s competitive advantage in footwear is protected with innovation and expertise, Under Armour’s apparel-focused business is vulnerable to more competition.

Besides footwear, a trend that Under Armour has missed is the growing popularity of a new category called “athleisure.” Companies like Nike and lululemon athletica have pulled customers away from strictly sports apparel companies like Under Armour by offering them the comfort and style of athletic clothing with a casual feel. Consequently, this fashion-related element is something the company could really work on.

The coronavirus pandemic has made Under Armour’s existing problems worse. Revenue growth had already stalled before the onset of the health crisis, but it fell a dreadful 23% year over year in the first quarter. The closure of many of the company’s own stores, as well as wholesale partners, further exacerbated inventory management issues.

Although the economy is slowly beginning to pick back up, Under Armour will continue struggling to regain relevance. The company does not have the brand recognition or the compelling product assortment to thrive. But with $959 million in cash on the balance sheet as of March 31, liquidity shouldn’t be a concern in the near term.

Moats built around brands are difficult to assess from an investing perspective due to ever-changing consumer tastes. It is necessary for these companies to do whatever it takes to maintain a strong presence in the minds of consumers. A bright spot for Under Armour was the release of its Sportsmask, a non-medical, performance facemask designed specifically for athletes to use while training during the current pandemic. These sold out in less than an hour, a positive sign for the company showing that it can innovate and deliver desirable products in times of stress.

In Warren Buffett’s experience, “turnarounds seldom turn.” Much as consumers shopping for Under Armour products can often wait to find discounted items, prospective investors would be better off waiting until more substantial hints of progress are evident. With lingering concerns clouding any bullish case right now for the company’s stock, it’s best to stay away.

Andreja Is the First Transgender Model to Sign a Beauty Contract